Welcome to Lake Almanor
Peaceful…and Pretty as a Postcard

Chester is located in scenic northern California by the shores of Lake Almanor near Mount Lassen. It is served by State Highway 36, about 120 miles northwest of Reno and Lake Tahoe, 165 miles north of Sacramento, 240 miles north of San Francisco.

Lake Almanor is a 52-square-mile lake with crystal clear blue water, with a summer water temperature of 70 degrees. At 4,500-ft elevation, the 4-season climate offers every type of sport: fishing, hunting, skiing, hiking and snowmobiling. There are two 9-hole tournament golf courses and a new Championship golf course rated in the top 20 in the nation. Curious about the the future ski resort, and what effects it might have on the area? Here are some questions and answers about the Dyer Mountain Resort.

You know you’re nearing Almanor country when you spot Mt Lassen, which used to be the only active volcano in the US. Its last official tantrum was in 1917 and since then it has become a national park – a good place to spend a day seeing the sulfur hot springs or climbing to the top of the 10,448 foot volcano to look out over Lake Almanor at its base.

Before there was a Lake Almanor, the Maidu Indians called it “oy-ding-koyo” or Big Meadows – the lush, bountiful land at the foot of the volcano where evil spirits dwelled. For a number of centuries the Maidu took from and repaid the land for their living, surviving the Sierra winters by migrating to lower elevations.

Spanish explorer Luis Arguillo was the first European to enter Feather River – named for the feathers floating on the waters. He was followed by a scattering of trappers, lone mountain men, until 1848 when Peter Lassen led a party bound for California via a “short cut” from the Oregon trail that wound through Big Meadows. These were followed by other seekers: ranchers, dairymen, farmers and miners, who recognized the varied riches of the area and saw no need to travel farther.

Mountain streams, abundant hunting and fishing and the cool summer climate brought vacationers from the Sacramento Valley long before there was a lake. Since the 1860’s travelers have come to Big Meadows from the hot valleys and busy cities to spend weeks or months.

Julius Howells, a geology student from Harvard University, visited the area in the early 1880’s. When he returned in 1901, he envisioned the hydro-electric potential of the Feather River and convinced Edwin and Guy C. Earl to finance the building of a dam. In 1914 the first dam was completed and Big Meadows became the bed of Lake Almanor, named for Guy Earl’s three daughters-Alice, Martha and Eleanor.

There is moderately heavy precipitation of 40 inches which occurs mostly as snow between November 1 and May 15, with heaviest amounts falling in December and January. Occasional thunderstorms in summer add small amounts to local rain fall.

At least seven months of pleasant weather can be expected. Although some may feel uncomfortable about the snowy winter, many enjoy the beautiful setting, particularly when seated by a fireplace looking out over a picturesque winter scene.

Fishing is great! Trout, black bass and catfish are the sportfish that have made Lake Almanor famous with the rainbow and German brown trout ranked as one and two in the angler popularity polls. German brown up to 18 lbs. 6 oz have been caught here. Two types of salmon are known in the area – kokanee and coho.

Chester is the commercial hub of Lake Almanor and northern Plumas County. Home to 3,000 year-round residents, Lake Almanor area serves many times that number of visitors during summer and winter.

Naturally rustic, Chester just sort of happened as buildings clustered to provide restaurants, gambling halls and other services for the ranchers that pioneered the country. The town is tamer now and has excellent restaurants, shops, professional services, library, churches, full medical and dental services, an excellent lighted utility airport with jet capability, motels, banks and service stations. But mostly Chester takes pride in what it doesn’t have: no traffic signal lights, not one elevator; in fact, few buildings with more than one story. 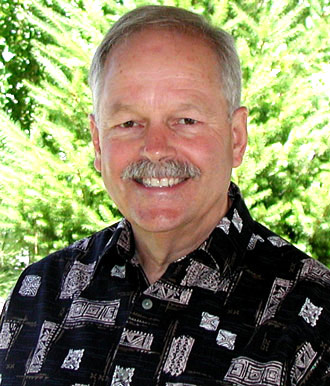